You are here: Home / Blog / Articles / Internet of Things: Science fiction or reality? 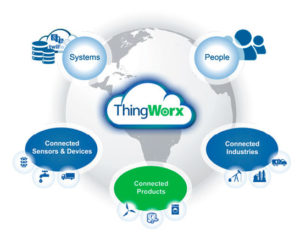 Perhaps influenced these days in which our children start school, it occurs to me that the beginning of an elementary class could be perfectly: “To see children … Can things have internet?”. Surely as good digital natives that are, the vast majority would answer yes, and they would not be wrong.

As we will see later, in a certain way, with this question we could anticipate what the concept of the internet of things consists of. But nevertheless its applications and implications, especially at the business level, have nothing to do with the simplicity of the question.

It is clear the importance of the internet in people and the volume of users and data handled. As always, the figures are dizzying … 2,400 million Internet users, 144,000 million emails per day, 1,000 million active monthly users on Facebook, 175 million average daily tweets, 6,000 million video hours a month. (which is almost an hour for every person in the world).

Much of this consumption is done from Smartphone-type mobile devices. These are becoming the eyes and ears of the applications, since they can inform of our location, tell us where we are, what we are seeing, how fast we are moving, etc.

Apart from people, more and more objects have the ability to communicate, millions of devices are being connected to each other through different communication networks. Basically and as we anticipated at the beginning of the article, The Internet of Things (IoT for its acronym in English), is that things have Internet connection at any time and place. Many objects of our daily life (appliances, cars, smartphones …), have sensors that contain a large amount of information that can be monitored, controlled or automated.

Ericsson predicts that in 2020 there will be 50,000 million connected devices. We do not know if this prediction will be fulfilled, but what is clear is that the number of connected devices increases daily vertiginously.

Huge business opportunities are opened not only for multinationals, but also for SMEs. An example of this is the JAL21 Consulting company, with which we have collaborated since its inception and which has recently signed an agreement with the American company ThingWorx to distribute its product in Europe and Latin America. This company has one of the best positioned products worldwide for the rapid development of Internet applications of things, with developed solutions and connection possibilities in industry, energy, smart cities, smart grids, Machine to Machine communication (M2M) ), agriculture, transport, etc.

As Mikael Eriksson, evangelist of Ericsson’s networked society, comments: “We are at a turning point in the telecommunications industry. We are approaching full coverage, which will have a huge influence on society, culture and of course the economy. ”